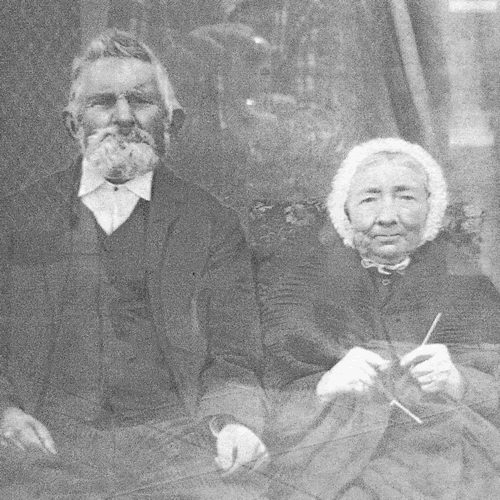 Image thought to be Thomas and Louisa Matthews.

This image was hung in Nana (Alice) Matthews home at 31 Wright Street Edwardstown and is now in the possession of Peter Cameron. 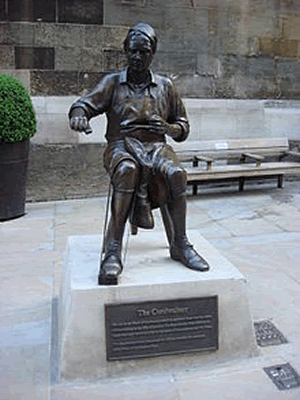 Statue of a Cordwainer in London 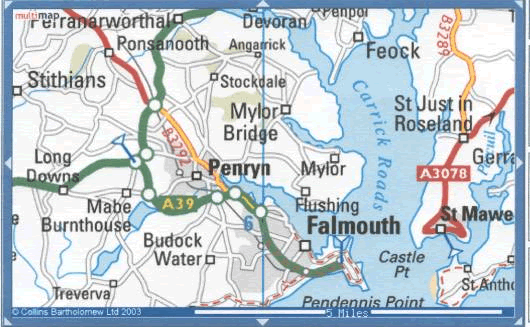 Map of Falmouth and Penryn in Cornwall 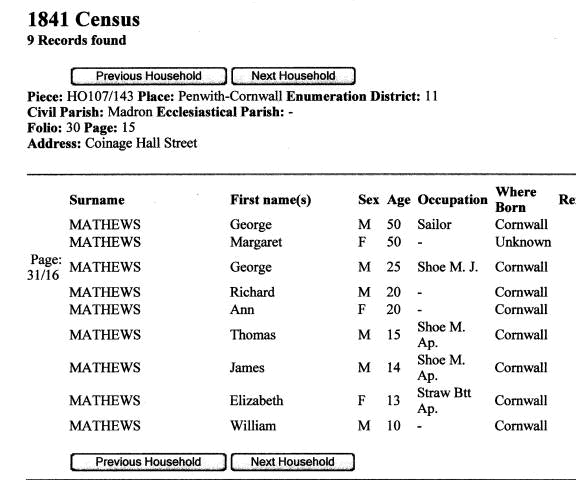 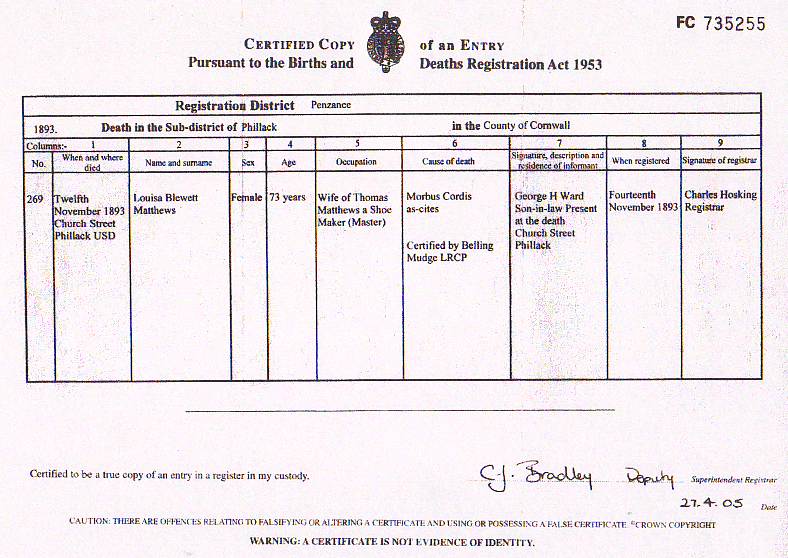 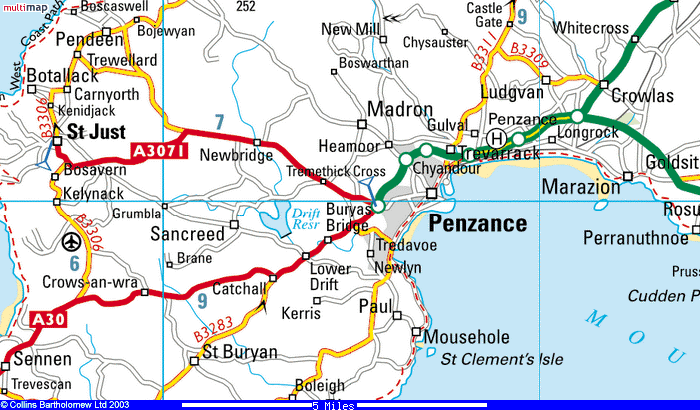 Map of Cornwall and Penzance 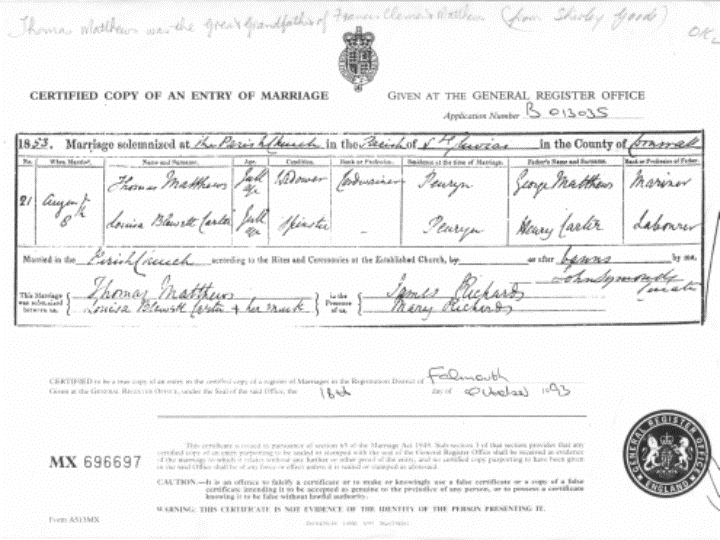 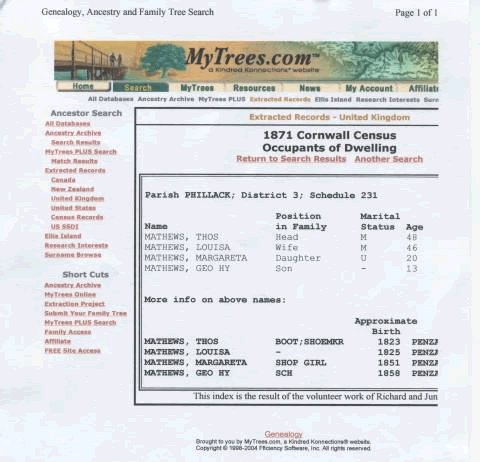 The year is now 1871 and Thomas Matthews is a shoemaker from Penzance now living at Phillack with his wife Louisa Blewett Carter.

In those days records were hand written and it was up to the transcribers how to spell some names so it was not uncommon to see Matthews spelt as Mathews.

Louisa was christened on 30 January 1818 at St Gluvias Church, Penryn Cornwall that makes her 53. See also the 1891 Census where she is more correctly shown as 72 years where as Thomas is shown as only 68. 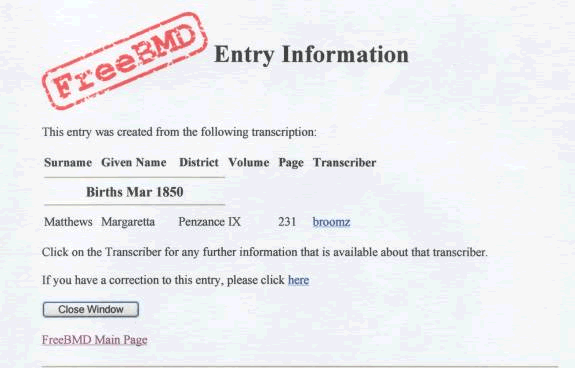 Birth Registration of Margarita Matthews in the March 1850 Quarter. 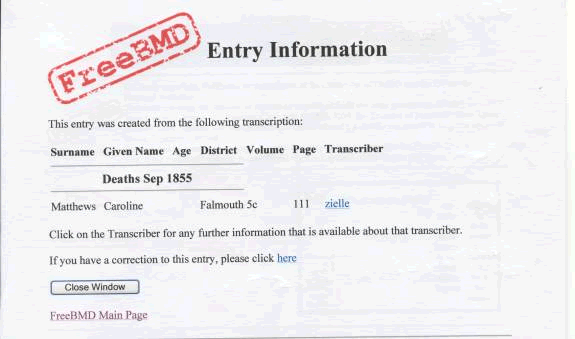 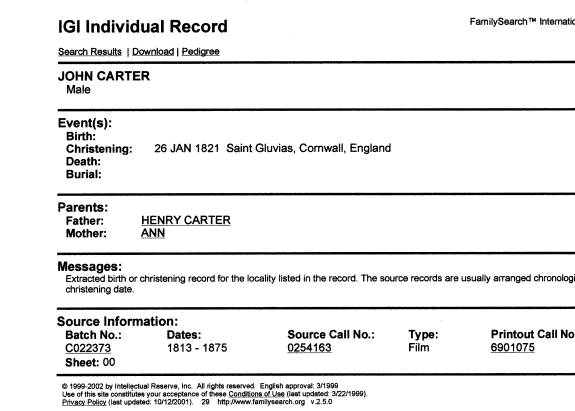 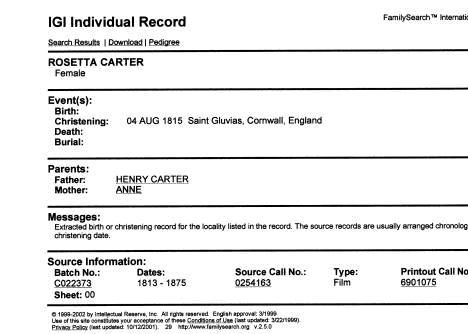 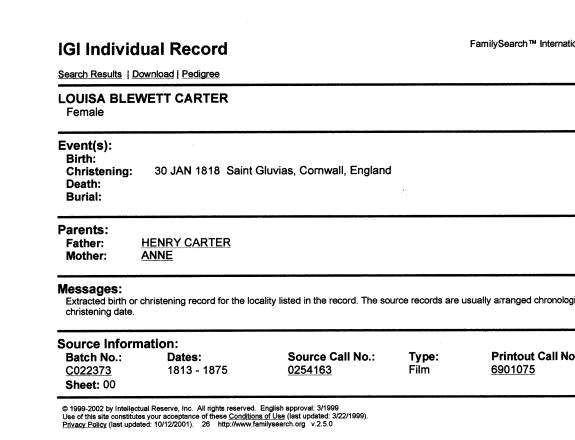 I have found reference to a Louisa Blewett Carter in the 1841 Census with her sister Rosetta Carter (a Laundry Mangler) where there was a daughter Louisa two weeks old. I do not know what became of her or which one was the mother. I also found a brother John Carter. All three Louisa, Rosetta and John were christened at St Gluvius Church, Penryn. It may be interesting to check the Church records for St Gluvius to see if this baby Louisa was christened there also. Remember Thomas and Louisa also married at the same Church. A mangler is a worker in a laundry and refers to the giant rollers. 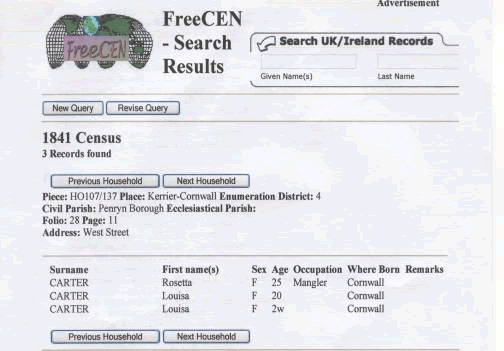 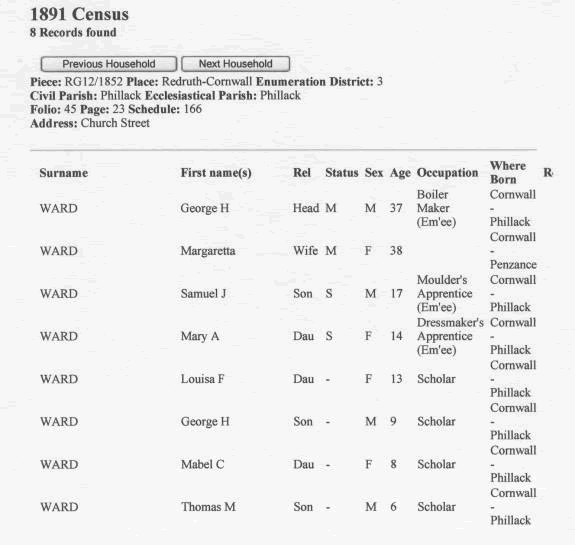 In another Census document for 1891 as hereunder George Henry Matthews has gone to South Australia where he married Phillippa Harriet Prout the daughter of George Prout also from Cornwall and Thomas 68 and Louisa 72 are still at Phillack Cornwall with Cousin Cordelia Gillard aged 52 single and a Tailorless by trade. Louisa dies in late 1893 aged 74 and is buried at the Anglican Church Cemetery Phillack. (The date on the Tombstone looks like November 12 1893) 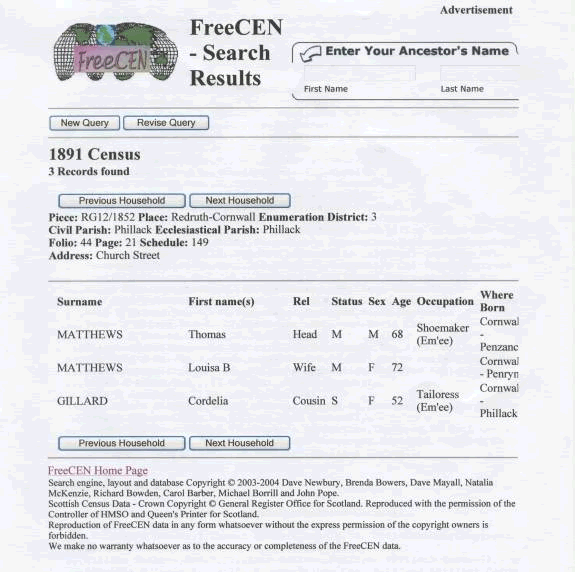 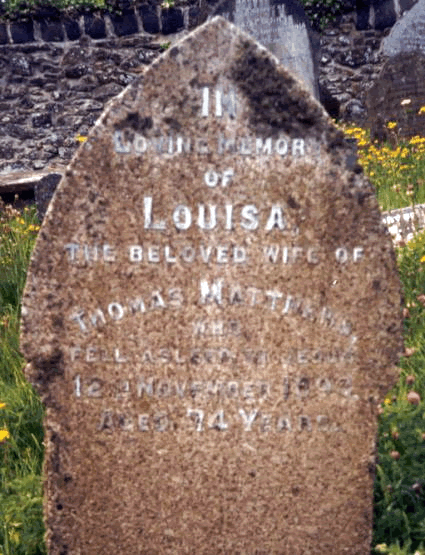 Headstone in memory of Louisa wife of Thomas Matthews. 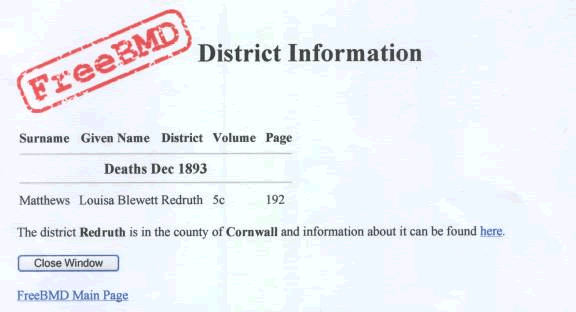