The second son of Ellen Jane and John Page was Thomas Henry Page and he was born 11 July 1905 in Townsville Queensland.

During World War 2 the first enemy attack on Australian soil was in Darwin on 19 February 1942. Mitsuo Fuchida was the man who led the attack on Pearl Harbor and he was also in command of the Darwin raid.

One hundred and eighty eight enemy aircraft attacked Darwin at 9.58am on Thursday 19 February 1942 and according to the Lowe report 243 people were killed and 300 to 400 wounded. After the raid there was looting and law and order was restored when the Army took control on 22 February 1942.

On this day Thomas joined the Australian Army and gave his birthday as 11 July 1903 but the birth certificate state that is was 11 July 1905. Brother John Alexander was born on 27 February 1904 and 11 July 1903 is less than 9 months before.

The Boming of Darwin - Wiki

The National Archives of Australia Link 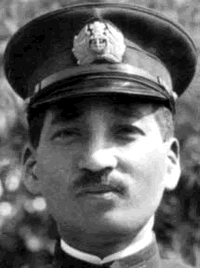