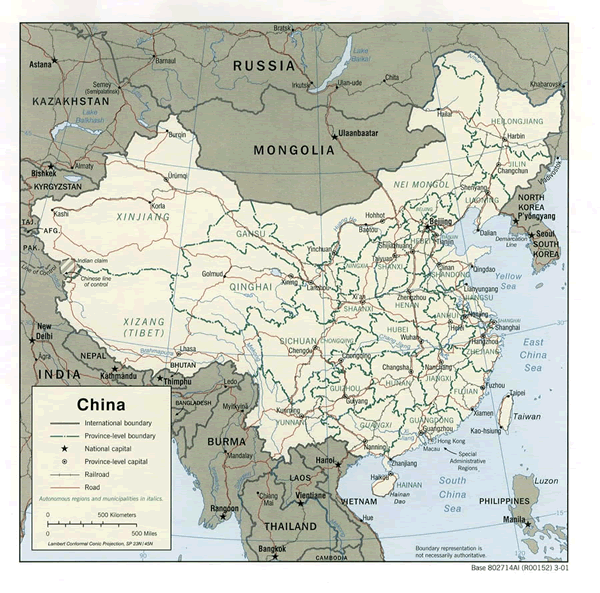 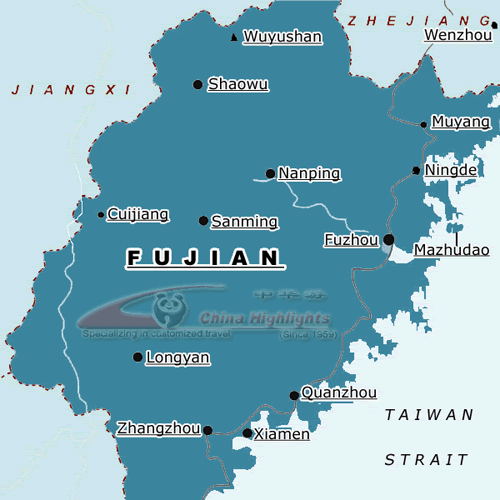 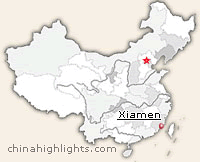 Thomas Henry King* was born Amoy China about 1838. Amoy is now known as Xiamen** and is in the Fujian Province of China, on a small island just off the coast, opposite Taiwan. It is presumed that Thomas was "indentured laborer" and acquired by Hugh Gordon, of Strathbogie Station, to fill the general labour shortage after transportation of convicts to New South Wales was abolished in 1840.

* It is possible that King is short for ah King and that Thomas was a Hakka.

Thomas arrived Sydney New South Wales from Hong Kong Harbour on 25/07/1858 on the 'Lord Warriston'. There were 562 Chinese on board but there is no list of their names. View an image of the shipping details here.

More information on the Hakka People.

Fujian cuisine is ranked in the eight top Chinese types of cooking. Other types include Cantonese and Mandarin. Being on the coast seafood is very popular. The meals are generally very hot and spicy.

At the time of his marriage to Harriett Jones, Thomas was a Horse breaker on Strathbogie Station and his wife no doubt worked in the household of Hugh and Mrs. Caroline Gordon. Thomas and Harriett married on June 6 1863 in the district of Wellingrove. Harriett was born in New South Wales about 1846 and she could not write and signed the Marriage certificate with a cross. The Marriage was performed by Arch. Cameron and witnessed by Mary McKillop* and Patrick Power**. Harriett was about 17 and Thomas 25 at the time of the wedding.

The only two record that are close to that was: -

In both cases no district provided. If this is the correct record that would make her about 13 or 14, or in the other case about 22, at the time of the marriage.

The people from the Fujian Province of China have for hundreds of years migrated to places like Malaysia in search of "Black Gold" otherwise known as tin.

"The word Amoy was coined after the 1st Opium War (1839-42), when Xiamen was forced opened as a treaty port. A foreigner asked a Fuzhou customs officer the island's name and he was told it was called, in the local dialect, "Ah Mo" (like "Amen" spoken through the nose). Amoy was as close as foreigners could get, and even today, Overseas Chinese refer to "Amoy", and Minnan Dialect is called Amoy Dialect not just by foreigners but by Chinese who speak it."

**Patrick Power was the son of Matthew and Abina Power (Supple/Warham) and was born in 1837 and he had a sister Mary Power who was born in 1838. Matthew is said to have been a Captain in the Army - see this link. Matthew died in Armidale, NSW on 19 September 1852.

Note. When Ellen Jane King, the daughter of Thomas & Harriett, married George Ford in 1888 in Beenleigh, Queensland, a witness to that wedding was Oscar Eugene POWER and Joseph Burrows. Oscar was a son of John Power and Fanny Emma Norris and he was born 27 July 1869. That would make him about 19 at the time of that wedding. I cannot find a connection back to Patrick Power. 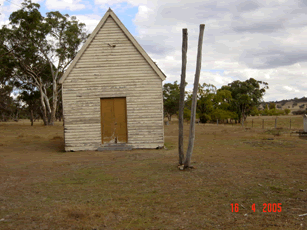 The Roman Catholic Nun known as Sister Mary MacKillop did pass through Glenn Innes some years later on her way to Tenterfield having stopped at St Joseph's Convent Glen Innes. She was not however, the witness to the wedding in 1863. *Mary McKillop was born 4 December 1845 to Jean McMaster and Joshua Charles Gross (Superintendant from Strathbogie Station) was the father. Eighteen months later, on 1 July 1847 Jean McMaster married Colin McKillop. Mary was raised as a McKillop. Colin and Jean ran the Woolpack Inn Hotel at Wellingrove at one time. Jean McMaster's father was John McMaster the manager of Rangers Valley. 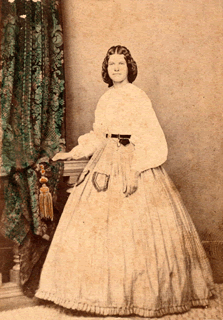 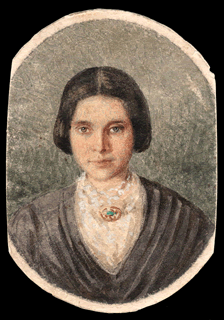 Archibald Boyd owned "Yarraford" at one time and Colin McKillop and Alexander McKie were employed as shepherds at "Skeleton Creek". After the sheering Colin returned from "Yarraford" with the shorn sheep to find Alexander McKie and been murdered by the Aborigines and robbed. His body was then thrown into a nearby water hole.

The first born to Thomas Henry King and Harriett Jones was Ellen Jane King. Ellen was born on Strathbogie Station at Vegetable Creek, Emmaville in the District of Wellingrove NSW December 18 1865 (Reg No. 15928/1866). Emmaville is about 39 km north of Glen Innes. On the birth certificate of Ellen Jane King it states that Thomas was born Amoy China. 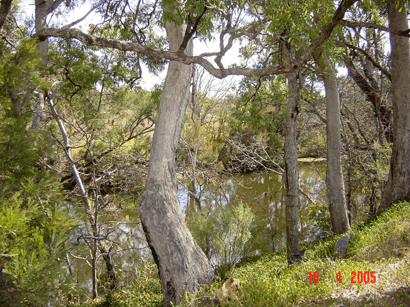 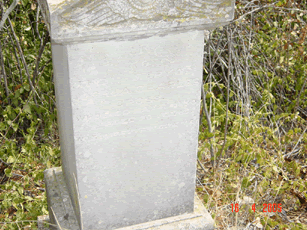 Joshua Charles Gross died May 1890 (5000/1890) aged 70 years and is buried on Strathbogie and there is a Monument marking the spot on the bank of the Severn River near the present manager's office (Phillip a'Beckett). The Monument also mentions two of Joshua's children, Joshua Charles Gross (3 years 2 months) and Frances Marion Gross (2 years 10 months) who both died young in a harsh environment.

Emmaville was known some time after 1872 as Vegetable Creek. The name was changed to Emmaville in 1882 to honor the then Governor's wife. The first properties in this area were established by grant in 1839 and they included Wellington Vale, Rangers Valley and Strathbogie.

Hugh Gordon, who came from Aberdeenshire Scotland, took up Strathbobie Station. Hugh was from a wealthy and cultured Scottish family. Hugh named the property after his home in Scotland. In 1872 a piano tuner named Thomas Carline (Or spelt Carlean) discovered a vast tin field on Strathbogie Station and this made him very wealthy. There were as many as 2,500 miners working in that area at its peak. The town that developed serviced the miners and was known as Vegetable Creek because of the Chinese market gardens. The creek still flows after heavy rain. By the year 1940 ₤5,000,000 worth of tin had been mined in the district. Due to the altitude of 872m above sea level there is excellent trout fishing, from the nearby streams, as well as gem fossicking.

Kings Plain's and King's Gap in Bundarra Road were named after Joseph King who was the Superintendent at E.G. Clerk and John Rankin's station on King's Creek. Joseph King explored much of the district. King's Plains was settled by J. Vivers in 1838 and has remained in the Viver's families ever since. In the 1841 census there were 5 free males, 1 free female and 6 male convicts. There were 57 horses, 1300 cattle and 12,500 sheep. The property is 106,000 acres.

Joseph King ran the property now known as Newstead, formerly known as Frenchaye, Glencorse. He was the earliest known settler for E.G. Clerk and John Rankin. It is not known if Joseph was related to Thomas Henry King.

In October 14 1868 Frederick Wordsworth Ward alias 'Captain Thunderbolt' robbed a store in Wellingrove. Two years later he was caught and shot dead. There are reports that it was actually his half brother Harry and that he escaped to Canada where there is a grave in his name.

In 1886 the railway line arrived in Glen Innes and Wellingrove almost became a deserted town. All that remains is an old Church and Cemetery and the Wellingrove Memorial Hall and several houses.

It is not known if Thomas and Harriett went off to the gold rush first at Canoona near Rockhampton or later to the Palmer field near Cooktown in 1873 after Mulligan found gold. Gold was worth ₤4/2/8 per ounce on the Palmer. When the alluvial gold ran thin they turned to reefing. Many miners perished on the journey to Cooktown and others were killed by the aborigines that inhabited the area. It was reported that the aborigines liked to eat the flesh of the Chinese miners.

We have a record of Thomas Henry King (a Chinaman) giving a donation of 10/- in 1878 to the Glenn Innes Hospital and again 5/- in 1880 and another 5/- in 1881 while on Strathbogie Station. (Five shillings in those days would have been a large proportion of the weekly wage - a very generous donation).

To date I have not been able to find the date of death or resting place of Thomas and Harriett. 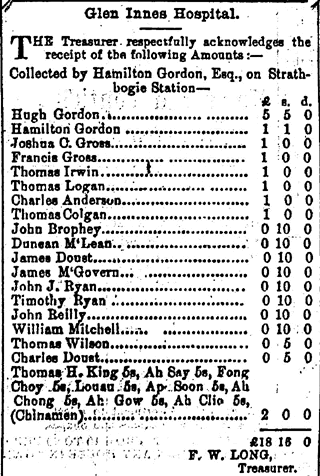 Donations to the Glen Innis Hospital by Strathbogie Station including Thomas Henry King.

The Treasurer respectfully acknowledges the receipt of the following amounts: -

5s = 5/- or five shillings or 50 cents or 1/4 of one pound. This would have been a large percentage of their wage in those days.

(Perhaps someone will know if these names are common to the Hakka People. Your comments would be appreciated.) 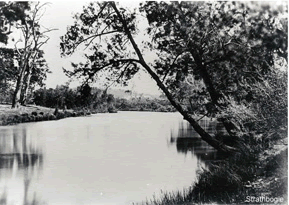 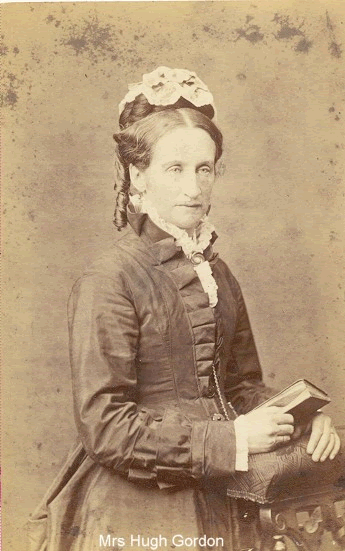