Established by Hugh Gordon in 1839 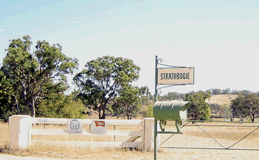 Hugh Gordon was the original owner of Strathbogie Station New England and was not related to our family. The events in his life are linked to the Thomas Henry King family and a table of dates is useful to determine when the Kings were on Strathbogie Station.

Walcha historian Jillian Oppenheimer tells about her great grandfather Hugh Gordon, who lived on a remote property at Strathbogie near Emmaville, and his two wives, who were sisters - one marriage followed the other.

Hughs wife Emily was pregnant for the 6th time, but was unaware she was expecting twins.

Jillian tells how Hugh called on his sister-in-law Caroline to care for the children, and eventually romance blossomed. But therein lies another tale, about the battle they had to be married - eventually travelling to Switzerland to do so. 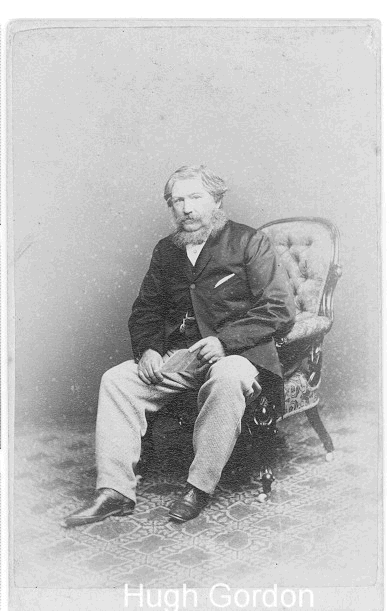 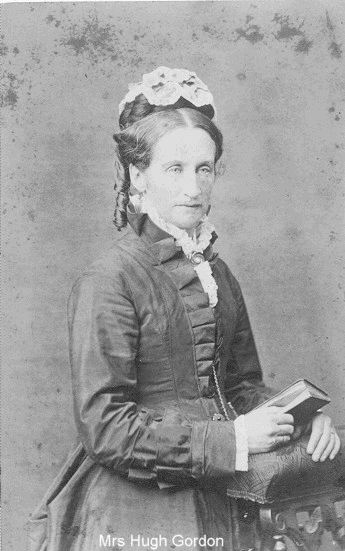 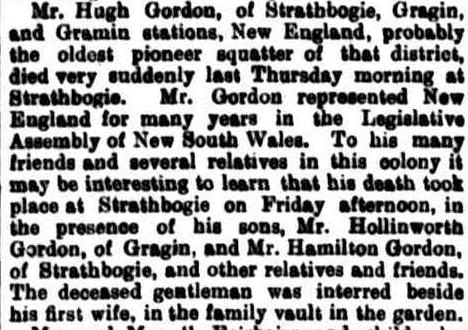 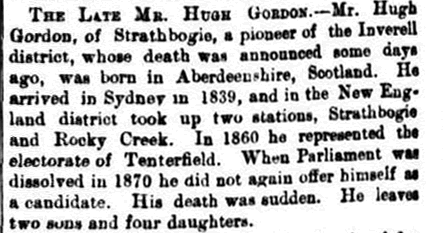 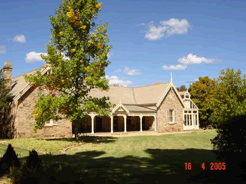 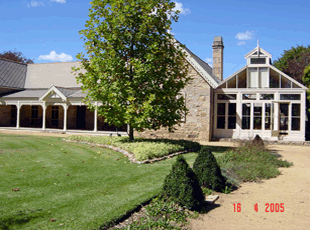 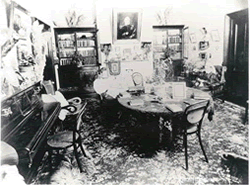 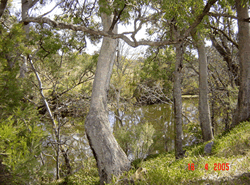 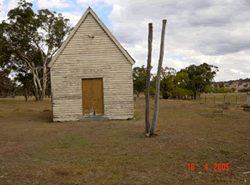 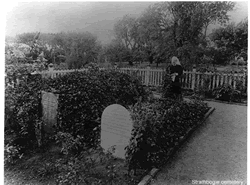 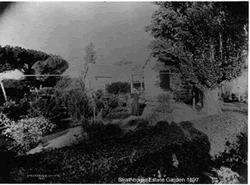 Hugh Gordon was appointed to the Commission of the Peace in 1851. Hugh Gordon took oath and his new seat in the NSW Legislative Assembly on Monday 30 December 1861.

The magnificent 120 year old homestead on Strathbogie Station is set among the last remaining gardens of what was once two acres of garden and orchard. The twin gabled, pink granite homestead was built in 1868 for Mr. Hugh Gordon who had "taken up" Strathbogie in 1839-1840.

By 1855 the station was 102,000 acres and was growing in importance and production every year. Strathbogie, named in memory of Mr. Gordon's Scottish home in Aberdeenshire, remains a beautiful testament to the settlers of the Glen Innes district.

The home has been maintained so close to the original structure that it is simple to imagine how it must have looked 100 years ago. The only major alteration has been the removal of the old kitchen. This change was from a traditional outside kitchen to an inside kitchen. The floor of the original kitchen can still be seen in the rear garden. Inside the home there are five bedrooms, two bathrooms, study, dining room and kitchen as well as a wide door. "It's a wonderfully cool place to sit in summer," Mr. Ray Croft, manager of Strathbogie said. "The wall are all two feet thick (around 60cm) which is why the doors are each set into the wall," Mr. Croft said. "All the wood furnishings are cedar including the many fireplaces. "The house is remarkably cool in summer and warm in winter. "The high ceilings (around four meters) and thick walls seem to work together to insulate the house," Mr. Croft added.

The homestead has wide verandas at both the front and the rear. The front veranda looks out over the gardens which at one stage had three gardeners caring for them.

The gardens were established as a reminder of the "old country" - a common practice in the 19th and 20th century in Australia among those of affluence. Inside the hedge only important plants grow in the ordered structured (part missing) bly both of the wives, who were sisters, can be found in the garden. There are only two headstones in the enclosed piece of ground but there is room for another grave. It is not known who - if anyone - lies beside the other two graves.

From the front veranda there are entrances to the various front rooms of the house. The front door is still sturdily locked by a large old key which is possibly the original key to the home. At the rear of the house are staff quarters with a bathroom attached. There is also a large kitchen which operated between the time of the outdoor kitchen and the modern kitchen which is now a part of the main house.

Mr. Hugh Gordon and his family lived on Strathbogie for nearly 60 years. Mr. Gordon was a very influential man, the local Justice of the Peace who presided over the Court of Petty Sessions as well as a Member of Parliament be-(missing) local society as well as a large and productive station. During the 1870's a considerable area of Strathbogie was taken over for tin mining.

In 1900-1901 Strathbogie was bought by Mr. C. Body and family. The Body's owned the station until the 1960's developing the property towards the modern enterprise it is today. One of the most notable early innovations was having a telephone connected to the homestead - the first in the district. Since 1965 when the Body family sold Strathbogie Station there have been a variety of owners, the present owners are a Sydney based group who have held Strathbogie since 1984. Strathbogie is now 9300 acres running cattle and sheep. Although it is no longer the huge concern it once was Strathbogie remains a successful farming enterprise, the main property still boasting the magnificent home which is now listed with the National Trust to ensure it will be kept and maintained.

Glen Innes Examiner 9 June 1988. Note: - Strathbogie was owned after 1988 by the Dunne family and about 1997 Tim & Gina Fairfax purchased the property. 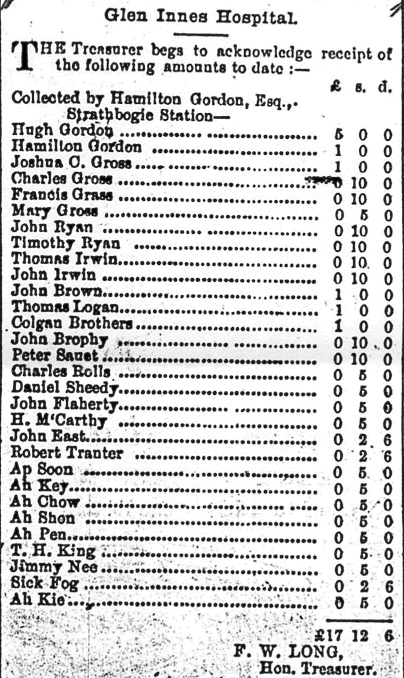 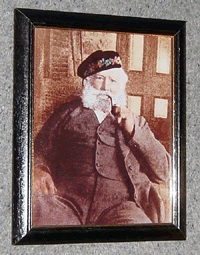 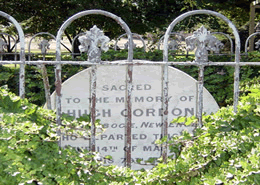 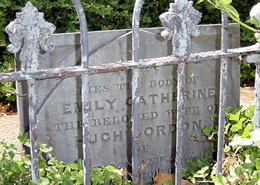 Emily Gordon's grave - next to Hugh's