Owen may have started school in 1926 when the family moved to Carter Street, Northgate and he went to St. Joseph's Convent at Corpus Christi Church Nundah. Prior to that Owen would have been at Roma.

Owen's occupation was that of a Rigger on the waterfront. 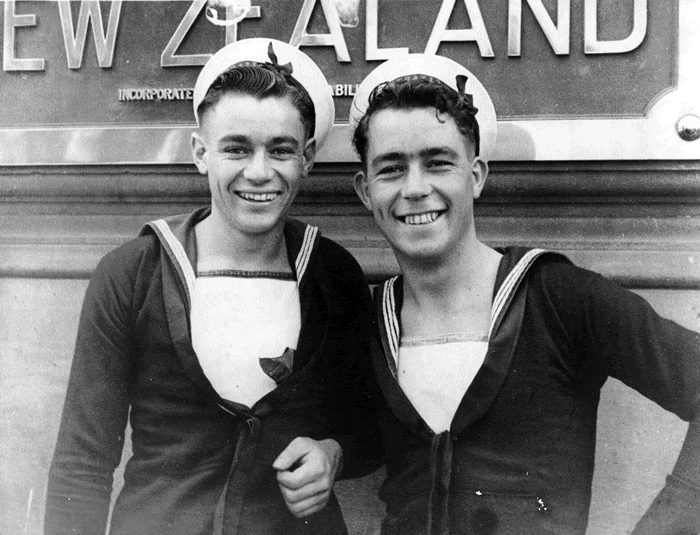 Owen joined the Australian Navy on 2 September 1939 and his service number was B2427. I have a photo of Owen on the H.M.A.S. Westralia on the Poop Deck. Owen could not tolerate the Navy life and disciplines and consequently went A.W.O.L. Owen then joined the Merchant Navy. The Navy always knew where he was and did not pursue him as they realized that he was doing what he could for the war effort and was in fact in grater danger as the Merchant Navy did not have any guns or protection. Owen's service records show that he discharged from the Navy on 9 July 1942 on H.M.A.S. Penguin. 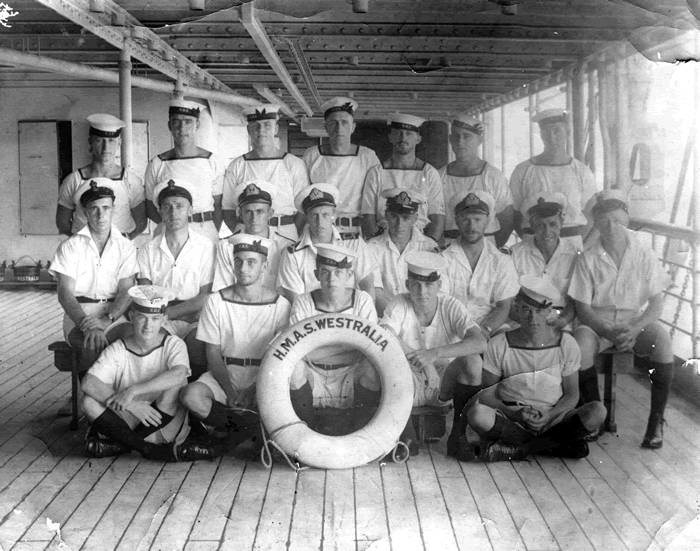 Rae Childs was a descendant of Thomas Childs senior who developed Toombul vineyards in 1866 which were situated in Nudgee Road near where the new Shell Truck stop is now situated. When the vineyard became unprofitable due to the salty climate her father William built Nudgee Golf Course where the vineyard once stood. Rae who is in her 80's still plays golf there twice a week.

The following has been extracted from the "Brisbites - Suburban Sites" website.

"In 1866 Thomas Childs senior, with the assistance of his son David Joseph, selected 70 acres of land which became the Toombul Vineyard on Nudgee Road near the Nudgee Water Waterholes. The Nudgee State School opened on 6 April 1874 in Nudgee Road and the first post office at Nudgee opened on 19 August 1882 . The establishment of the telegraph office in 1886 followed. In1928 Bill Childs, whose family had owned the Toombul Vineyards, began work on what is now the Nudgee Golf Club. The suburb came under the control of the Toombul Shire Council until 1925 when it was absorbed by the Brisbane City Council."

William (Bill) Childs was Rae's father and his wife was Rachel Ann Fountain. They had six children and Rae was the youngest.

Rae's father sold the Golf Club to the present day Club when they became financial enough. Until recently there were photographs displayed in the club house of the original building.

The Pineapple Hotel at Kangaroo Point was Owen's drinking hole and it was there that he came unstuck one day when he was supposed to be at work on the waterfront. Consequently Owen lost his job and Wally Bradburne put in for a job and got Owen's old job and this created a few problems within the family.

Owen took a job in the dispatch section at Payne Byrne and Blackford, who were later taken over by Repco, and it was there that he met Mary Moon after he moved to the office section. One morning, about 1965, after 22 years of marriage, Owen went out for milk and never returned home. It has been said that Owen was shut off from the rest of the family as a result of this action. Owen and Mary would, however, call into Wally and Zena's every Thursday night for dinner. Owen would drop Mary off and then head for the Pub. When it was dinner time Owen would come back to Wally and Zena's.

Rae Coe now lives in a house at Forrest Street Banyo which was left to her by her mother.

This is what Hazel wrote about Owen.

Owen was the fourth child of Marie and Bill GRALTON born 2nd August 1920. The family were living at Bridge St. Breakfast Creek. He had a brother Bill 8, Sister Zena 5 and brother Ron who was 2.

This photo of Owen with his mother Marie was taken in 1920 after Zena had an operation on her ear, one of many over the years.

Owen was 6 years old when his father suddenly died in August 1926 from a Pneumonia, Toxaemia and Cardiac Failure. Their father was a fruiterer and had a fruit run.

The children were being looked after by their Aunt Winifred (Dorothy) Gralton as Marie their mother had been separated from her husband Bill for a few years and was living in Water Street Fortitude Valley. On hearing of her husband's death Marie returned to their Bridge Street home, evicted her sister in-law from the home.

Shortly after their father's death Marie took the children to a relative at Injune. Zena said that they went on the train to Roma and from Roma by covered wagon to a property near Injune to Marie's half brother Charlie Brady who live at "Hillside" Guinewin 20km from Injune and about 69km to Roma where Charlie was managing a pub. Zena believed that she and her brothers were sent away so that the GRALTON family could not find the children. Not sure how long they were at Injune.

On their return they live at Water Street Fortitude Valley with their mother Marie and John Richards who Marie was living with. The children attended a school up on St Paul's Terrace.

Owen attended St Joseph's Convent Corpus Christi at Nundah for his schooling. When Owen finished his schooling he worked as a rigger on the Brisbane water front.

Marie had Bill, Ron and Owen's name changed by deep poll from Gralton to Richards but Zena's name was not changed as Marie said it would change when Zena married.

The family had a beach house/hut at Cribb Island which the family use to go to regularly. As teenagers Marie would warn the children not to associate with the "Grey's" who lived at Cribb Island. Mr. Grey was a worm digger there. The children later found out that Mrs Grey was a "Gralton" before she married - their Aunt.

When it was announced that Australia was at war Owen enlisted into the Australian Navy on 2 September 1939. Marie had a family portrait taken with Owen in his Navy uniform service No. B2427 He served on the H.M.A.S. "Westralia" Owen could not tolerate the disciplines of Navy life and consequently went AWOL changing to the Merchant Navy, which was far more dangerous as they were suppling troops with arms and supplies but were vulnerable as they were with out arms to defend themselves. The Navy knew where Owen was and did not pursue him. Navy records show he was discharged 9th July 1942 on H.M.A.S. 'Penguin'

Owen married Rae Childs from Nudgee in 1943, (her family operated Childs's Vineyard and Winery. The Nudgee golf course is where the vineyard and winery once was. Rae now plays golf there aged in her 80's) After they were married they rented a house opposite the Nudgee Cemetery and later shifted into Rae's mothers' house in Forrest Street Nudgee. Owen and Rae had two Children John and Raelene.

Owen returned to working as a rigger on the water front after the war. He worked at Evans Deakin. and then went to work for Payne Byrne & Blackford who later became Repco. Owen was working in despatch & later transferred to the upstairs' office.

Rae worked as a bar maid at the Hamilton Hotel for 15 years and then at the Breakfast Creek Hotel for 10 years until she retired. Rae use to train any new staff teaching them how to 'pull a beer' and make cocktails.

Owen's daughter Raelene born 18th April 1951. She married Ron Randall. They did not have any children. Raelene passed away in 21st May 1989 aged 38 years. Her husband Ron passed away 10 years later.

In the latter part of 1960's Owen was drinking very heavily and started to come home in the early hours of the morning. Finally Owen left his family after 22 years of marriage.

He was living with his assistant from work Mary Moon. Owen's children stayed in contact with Owen and Mary. Raelene lived for awhile with them. Owen gave Raelene away when she married. Owen's sister Zena had them over often of a Thursday night for tea. Owen would drop Mary off after work and he would go to the hotel before he came to eat tea. Owen and Mary were together until he passed away 9th January 1980 aged 60. Owen had only just retired when he passed away

Pea Rifle Accident. - Owen Richards (16), of Carter Street, Northgate, was accidentally shot in the right instep while handling a pea rifle at Northgate yesterday afternoon. Ambulance bearers treated Richards and took him to the General Hospital. 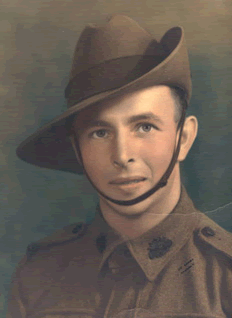