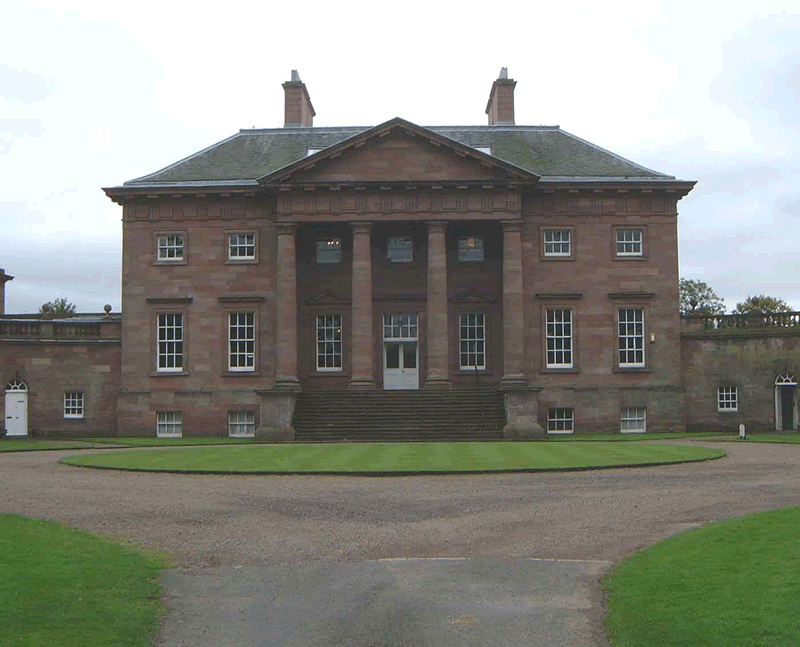 John Ford born 20 November 1822 at Sunwick Cottages Hutton (Off census). His father John, was 33 and his mother Cecilia, was 27. John was the 4th of 6 children.
Census 1841 has John living at Sunwick Cottages with his parents & 2 sisters Matilda & Mary. John was agricultural labourer like his father.
John married aged 24 on 12 March 1847 in the one street town of Allanton Village, in the parish of Edron to Jane Guthrie. Jane was the daughter of  George Guthrie & Elizabeth Struthers. Her father was a tailor. Jane was the 1st of 7 children and baptised 12 January 1825 in Allanton Village. Jane died 24 November 1900.
They had seven children in 20 years. James; George; Elizabeth; John; Cecilia; Thomas & Jane.

Hutton Parish Church was built in 1834, on the site of previous buildings dating back to before 1243, It is on the north edge of the small village of Hutton is one of the two churches used by the Hutton & Paxton congregation. 1908 a parish church was built in Paxton Village John’s will details  - John’s had a house, furniture & effects in Paxton Village & a house rented in Allanton from his late wife Jane estate. John left his estate in equal share to his surviving children & if preceded him, their children will take the share between them. He also left £100 to his grand daughter Isabella Purves in recognition of services & attention given to himself John.

James Ford    born 1848 in Paxton Village Hutton Berwickshire. On 1861 as scholar & 1871 census described as 22 unmarried        and a Draper living House/shop Paxton Village. Immigrated 1878 on Ship ‘Rodell Bay’ from Greenock Scotland to Brisbane. When he married 1 December 1884 age 35 living in Sydney working as a draper. Married in Fitzroy Victoria to Jane Anderson from Beaufort. James lived in Avenue Road, Camberwell, Victoria. He was employed as a draper and in the rail service. He moved to Coolangatta around 1903 with his family. Died 29 June 1923 in Tweed Street, Coolangatta Qld of Heart Failure and Natural Causes. buried 30 June 1923 Tweed Heads Cemetery, Tweed Heads. Children all born Victoria.  John Norrie , Hope; James . George Douglas

George Ford  born …..1851 in Paxton Village Berwickshire Scotland REFER TO SECTION ON GEORGE FORD
Elizabeth Ford born 1855 in Paxton village, her father, John, was 32, and a butcher and her mother, Jane, was 30. Census 1871 a scholar & living in house/shop, her father a farmer & grocer operating from their house. She married James InglisPurves on 24 December 1875 in Edinburgh, Midlothian, After banns according to terms of United Presbyterian Church; Witnesses: John Murray Purves & Celia Ford her sister Elizabeth & James had 4 children Jane 1877; Isabella 1878; John 1880 & George 1882 all born in Paxton Village.  James was a saddler. By 1891 the family living 11 Caledonian Crescent Edinburgh St Cuthbert's, Midlothian, Scotland with James a Rubber worker. Residence 1901—1911 at 11 Dean Park Street Edinburgh St Bernard, Midlothian, & James a travelling sales man.    Elizabeth On 2 Apr 1911 a visitor at the Strand Palace Hotel St Clement Danes and St Martin in the Fields, London age 60.