"I do hope you enjoy my music. I would like to take this opportunity to tell you a little bit about myself. I was born in Brisbane in February 1947. I was raised in Redcliffe, just north of Brisbane. My mother taught me to play at the age of ten. By the time I was 15 I had my own band and was playing for functions and dances. Over the years my style has changed many times. After listening to my music you will come to realise that I play from the heart and how I feel about a piece of music is not necessarily the way that piece was written. I add all my own arrangements and variations. The biggest change to my style came when I was twenty years of age, when an unfortunate accident robbed me of two fingers on my left hand ! !

Playing the piano has enabled me to see a lot of Australia. When I was thirty I began playing at Wintzer's Restaurant in Brisbane. After two years I moved to the famous Milano Restaurant in Queen Street, Brisbane, where I remained for almost nine years. After a stint in the Snowy Mountains in Thredbo (NSW) which spanned seven years, I moved back to the sunshine and the Great Barrier Reef. Here I worked for Captain Cook Cruises playing on the 'Reef Escape' and later the 'Reef Endeavour' cruising out of Cairns, North Queensland.

Currently I am travelling around Australia promoting my music wherever I can."

Preview 'For The Good Times'

The Piano Man | The Bucket

"Over the last few years I have, with astonishing futility, attempted to relocate the small amount of musical ability that I apparently possessed in pre-pubescence.

It was not until a much later age that I began to appreciate the value of all those boring childhood hours spent on winter mornings practising apparently pointless piano scales and arpeggios, and enduring Miss Gill's mind-numbing music theory classes after school.

Three years ago, almost deafened by the cacophany of human gossip and gobbling amplified at midday by the eatery dome at Cairns Central shopping centre I heard the distant sound of an exquisitely played piano.

Here was a man of my own vintage travelling Australia and living his dream by doing what he loved best, and playing with supreme virtuosity and technical competence.

After buying one of his CD's, I asked if I could just stand, watch, listen and learn as he played some more.

It was only then that I noticed that two fingers had been amputated from one of his hands.

So to Dennis Lees, who would not know me from a bar of soap, thank you for the inspiration.

One day, thanks to you, I might just get all the way through "Sometimes When We Touch" and "Cavatina"…The Deer Hunter theme, from memory, and without a single mistake." 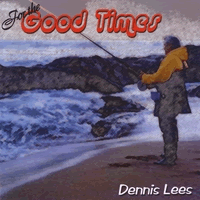