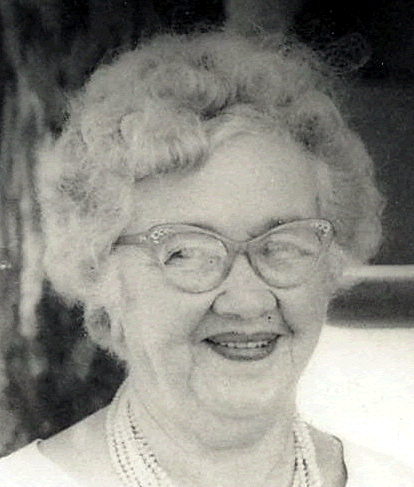 Cecilia Elizabeth Ford was born exactly two years to the day before my Grand mother Mary Guthrie Ford on December 22 1890 in Tallebudgera Queensland. Her birth certificate lists her father as George Ford, a blacksmith of 39 years, from Paxton, Berwickshire Scotland and her mother as Ellen Jane King, 25 years of age, born Strathbogie, New England NSW.

The certificate lists the following being previous issue: -

The birth was registered in Beenleigh on January 8 1891.

Queenie Jane and John were taken back to Berwickshire, Scotland where an Aunt (George Ford's Mother) raised them in Hutton Hall, Paxton.

It is recorded that George took the three children on the The Mail Steamer the R.M.S. Orient leaving from Sydney 23rd April 1894, via Melbourne, Adelaide, Colombo, Suez Canal, Naples, Gibralta and Plymouth, arriving London on 11th June 1894. 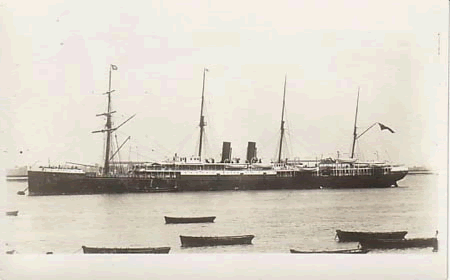 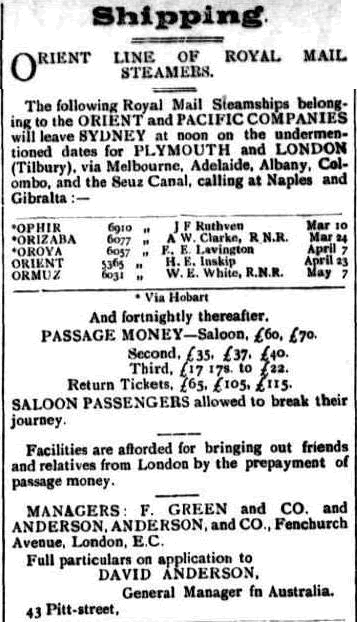 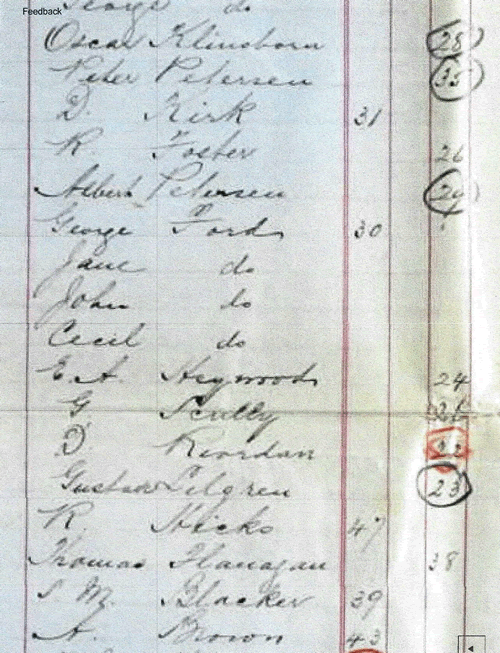 It has been said that a wet nurse was employed to take the children back to Scotland.

When Cecilia Elizabeth was 16, in about 1906, she returned to Australia and presumably to the Ford farm at Piggabeen. Cecilia married Joseph Saunders Trembath on 23 April 1911 in the St Michael's Church Boksburg South Africa. The marriage Officer was G. Cameron and was witnessed by C.A. Wright and J.M. Cameron.

Joseph was born 6 January 1885 in Pendeen St. Just. Cornwall and in the 1891 census for Cornwall he was in the household of his Uncle John Oates and Joseph was aged 6. Joseph was in South Africa for Christmas 1903 when he would have been about 18 and presumably working at the Cason Gold Mine at Boksburg North in Transvaal. Cecilia had moved to Johannesburg South Africa married and her first daughter Queenie Elizabeth Trembath was born 4 November 1911.

Cecilia was about seven months pregnant and according to Queenie Trembath's Family Bible, Joseph and Cecilia left Boksburg North for Cornwall on 8th April, 1913 and Joseph spent a few months holidaying in Pendeen Cornwall waiting for the birth of his second child. 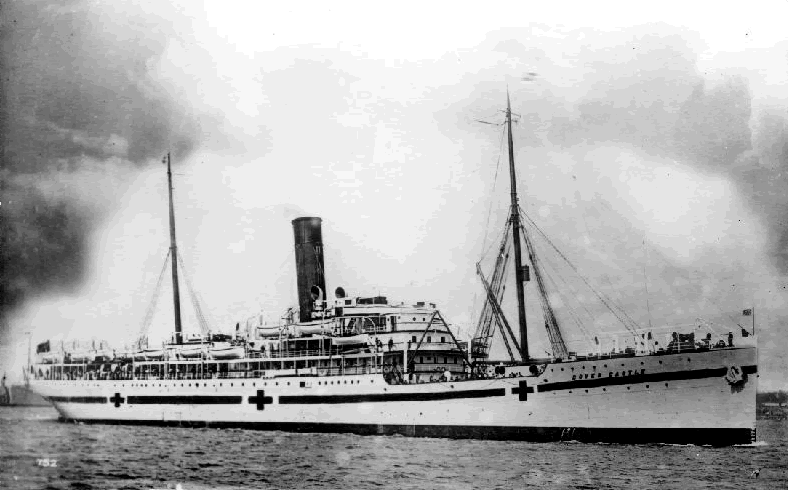 A 8,271 gross ton ship by the name of Dover Castle, built 1904, which travelled between UK and South Africa on the "Cape Run", was featured in a photo of Joseph and Cecilia about 1913. This ship was converted to a hospital ship during WW1 and sunk by a German submarine "SM UC67" on 26 May 1917.

The first son and second born was Joseph Saunders Trembath and he was born in Cornwall on June 20 1913 and he died at Portherras Terrace, Pendeen, St Just In, Penwith, Cornwall January 28 1914 aged about seven months. Another child was Eileen who was stillborn. 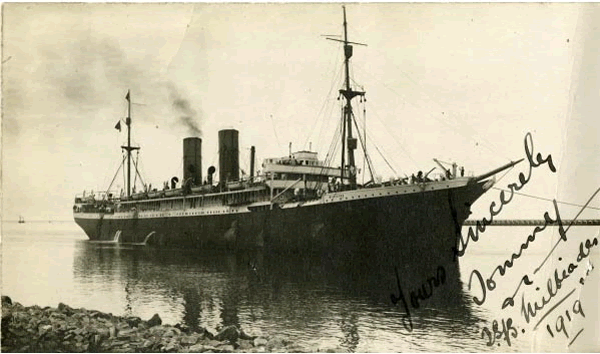 After hearing of the death of George Ford in Australia on 20th May, 1915 Cecilia Elizabeth Trembath and her daughter Queenie left Cornwall UK for Australia, picking up Joseph at Durban, Cape Town. They travelled on the Miltiades, under Captain Burge, which left London on 16th June 1915 and arrived Melbourne 2nd August 1915 and then on to Sydney and Brisbane. The trip was not uneventful. Besides being during WW1 it was on this trip that Cecilia, then aged about 23, met a man who would often call on her at Tweed Heads and later marry. This man was Frank Arthur Rance, then aged about 17.

(See story "Perils of the Sea" below.)

After arriving back in Australia a Monument was erected at the Tweed Heads Cemetery in Charles Street with the inscription "In Loving Memory of George Ford who was accidentally killed at Piggabeen 20th May 1915. Aged 64 years. Erected by his daughters, Jane and Queenie."

The estate of George Ford took over six years to settle.

residents of Piggabeen Creek and

Joseph is described as a Dairy Farmer.

residents of Piggabeen Creek and

Joseph is described as a Dairy Farmer.

Cecil Raymond Trembath was born at Piggabeen on 9th November 1918 and resided at Wavell Heights Brisbane until his death in 2008. Beryl Daphne Trembath was born July 11 1921. Beryl now lives near Boston USA having lost two husbands and has 7 grandchildren all living in America.

It was about this time that Cecilia divorced Joseph Trembath and married Frank Arthur Rance on August 26 1922 in Melbourne. The Trembath family had no idea where Cecilia was or that she had another life and family in Melbourne.

For a period of time Jane Ford and Joseph S Trembath brought up the Trembath children and Joseph died 15 September 1945 about one month after the end of the war.

It was said by some of the Trembath children that Aunty Jane was cruel to them and that Joseph had a violent temper at times but otherwise was a very kind and caring father. Beryl has only fond memories of her father. It was often necessary for neighbor and close fried Stella Thompson to intervene when Joseph was out of control or had been drinking.

Her children were as follows: -

Cecilia married Frank Rance in Victoria in 1922 registration Number 1922/9384. Cecelia used her maiden name Ford instead or her married name as was required. It is possible that she wanted to keep this marriage a secret from her other children and to that extent she succeeded until well after her death.

Cecilia Elizabeth Rance died in Sydney November 6 1983 aged 92 and is buried at Woronora Cemetery at Southerland.

PERILS OF THE SEA. 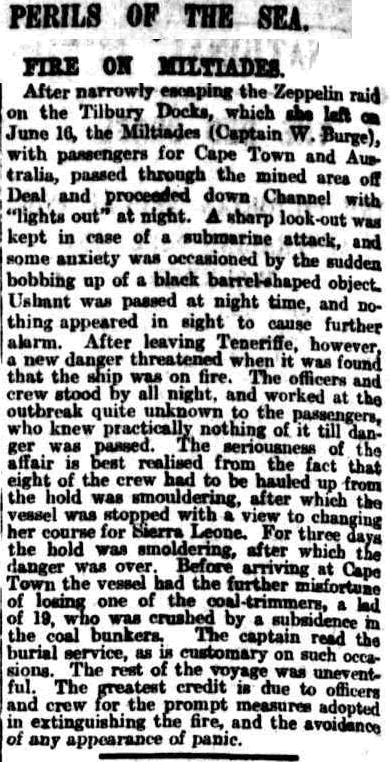 "After narrowly escaping the Zeppelin raid on the Tilbury Docks, which she left on June 16, the Miltiades (Captain W Burge), with passengers for Cape Town and Australia passed through the mined area off Deal and proceeded down Channel with "lights out" at night. A sharp look-out was kept in case of a submarine attack and some anxiety was occasioned by the sudden bobbing up of a black barrel-shaped object. Ushant was passed at night time and nothing appeared in sight to cause further alarm. After leaving Teneriffe however,a new danger threatened when it was found that the ship was on fire. The officers and crew stood by all night and worked at the outbreak quite unknown to the passengers, who new practically nothing of it till danger was passed. The seriousness of the affair is best realised from the fact that eight of the crew had to be hauled up from the hold was smouldering after which the vessel was stopped with a view to changing her course for Sierra Leone. For three days the hold was smoldering, after which the danger was over. Before arriving at Cape Town the vessel had the further misfortune of losing one of the coal trimmers, a lad of 19, who was crushed by a subsidence in the coal bunkers. The captain read the burial service, as is customary on such occasions. The rest of the voyage was uneventful. The greatest credit is due to officers and crew for the prompt measures adopted in extinguishing the fire, and the avoidance of any appearance of panic." 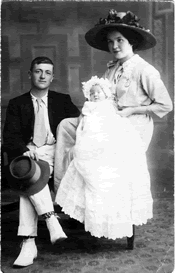